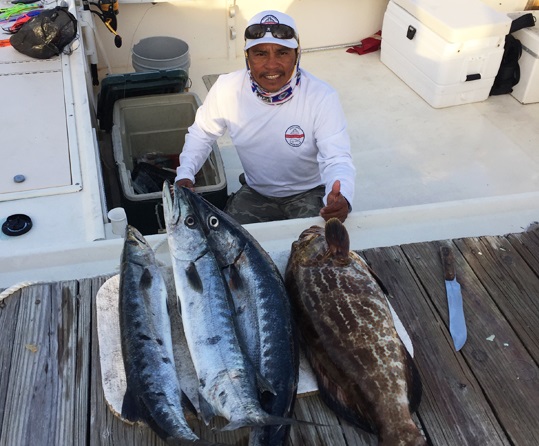 Belize is one of the best places to go fishing. No matter what type of fishing in Belize you’re into – fly, spin or trolling – you will have a fulfilling experience. Additionally, you can fish in Belize all year round. So your chances of getting one of these fish are pretty high no matter what time of year you plan your fishing trip.

Belize is full of great areas to fish. You can find fine fishing areas all along the coast, from the Port Honduras and Punta Icacos Lagoon of Toledo, all the way to Rocky Point on Ambergris Caye. Here are five fish you’ll want to hook during your fishing trip to Belize.

Considered to be one of the most popular fish in Belize, they’re known for taking both lures and flies, but also are known for being strong, so they’ll give you a challenge when trying to catch them. They tend to live in shallow water flats because their diet consists of mollusks, worms, shrimp, and crabs. It also gives them protection against sharks and barracuda.

Which brings us to another magnificent trophy fish seen lurking in the Belizean reef: the barracuda. There are several species inhabiting the tropical waters, but all are easy to distinguish, with their protruding lower jaw and sharp teeth. Barracuda typically eat a variety of smaller fish but will eat whatever is available to them. The enjoy congregating near reefs, shipwrecks, and other structures.

Tarpon is also quite popular in Belize. They’re toothless and swallow their prey whole. They’re the type of fish that, once it has hit your reel, you’ll want to tighten down on the line and set the hook. They have mouths that are boney, hard, and rough. Consider using a hook-set to drive it home. They feed on other fish (including dead ones), mullet, shrimp, and crabs. They’re one of the few fish that have a swim bladder. It functions like a lung, so they can breathe air. This means that they’ll periodically come to the surface, which makes them visible and gives the fisher an advantage.

Known by sports fisherman for their speed, the Wahoo is highly prized for its high-quality flesh. It’s gray and ranges from dense to delicate. It tastes similar to the mackerel and is highly sought-after gourmet meat. They’re taken primarily by trolling and are quite the catch for those who can get them. You’ll want to use live bait to get them, and they tend to dwell in deeper waters.

The Dorado/Mahi is one of the most recognizable fish in the ocean, with its vibrant shades of blue, yellow, and green. It appears as different shades when in the water, which has made it known as the most colorful fish in the sea. It’s known as a dolphin fish in some cultures. They range from ten to thirty pounds on average, especially for the ones found in a school of fish. They can be bigger though, weighing over fifty pounds. They feed on squid, crabs and smaller fish. They’re also one of the easiest fish to hook on this list.

If you’re planning on fishing in Belize and want to catch some amazing fish, book a trip with Belize Guide Company. We have trips for all experience levels.